Home>Trips>Cuba. Between History and the Sea

Cuba. Between History and the Sea

From Havana through the Vinales Valley to reach the extreme tip of Maria La Gorda with its crystal-clear sea, Cienfuegos, Trinidad to complete the historical tour with Playa Larga and Varadero to admire two other marine pearls

Arrival at Josè Martin international airport. Meeting with Daiquiri Tours local representative who will assist with the private transfer to the Casa Particular. Accommodation in the reserved rooms, the rest of the day free for the first contact with the city.

Breakfasts and overnight stay at the Casa Particular.

These days are dedicated to the discovery of the city:

Havana (La Habana) is the main Caribbean city and the epicenter of Cuban life. The wars and revolutions that characterized its turbulent past have not caused serious damage to its heritage and its present appearance is still similar to that of a hundred years ago and beyond. The city is surrounded by an atmosphere full of ancient glories that have now vanished: American cars from the 1950s and 1960s dominate the streets, while paintings and plaster are peeling from the buildings. Havana is full of majestic Spanish colonial-style buildings, most of which are undergoing restoration. The nightlife in the city is feverish, with cinemas, historical theaters, cabarets, night clubs and concert halls that will tire even the most tireless of fans. On the other hand, there are no traffic and intense commercial activity that congest the other Latin American cities. But from the degraded beauty of Old Havana and the residential areas, placed between the state of abandonment and the need for demolition, the exuberant warmth of the inhabitants of the city emerges.

Breakfast and overnight in the Casa Particular.

Private transfer to the Daiquiri Tours office at the Hotel Bello Caribe, to collect the booked vehicle and leave for Viñales. Upon arrival, accommodation in the rooms booked in a casa particular.

Rest of the day at leisure

Overnight and breakfast in the Casa Particular

Free day to visit the Vinales valley, declared a natural heritage by UNESCO, and explore the national park of Cuba where the house of the Verguero is located, here it will be possible to taste a cocktail and see the local tobacco plantations.

You can visit “Los Jazmines”, a place where you can appreciate the beauty of the landscape of the Vinales valley, visit the “Indio” cave, with a boat ride on the river that flows through it and bring a visit to the wall of the prehistory where the process of evolution of life in the “Los Organos” valley is shown, from mollusks to the first inhabitants of the place.

All-Inclusive treatment in the Hotel.

In the morning breakfast at the casa particular.

Departure for Maria la Gorda, located within a biosphere reserve, on the Guanahacabibes peninsula. Accommodation in the reserved rooms at the Hotel Maria la Gorda

Dinner and overnight at the hotel

Half board in the hotel (breakfasts, dinner, and overnight)

Free days to enjoy the many options that Maria La Gorda offers to its guests. Known primarily for its splendid coral seabed and its calm and clear waters, which allow you to see between 15 and 35 meters deep. Here you can take advantage of the international diving center or go fishing, water sports, and ecological tourism.

Breakfast at the hotel, then departure for Las Terrazas through a landscape of cultivated fields, mountain roads and pass through typical villages of the Sierra del Rosario until reaching Soroa. Stop to admire the Salto de Soroa, a waterfall of about 22 meters high, one of the wonders of Cuban geography, also known as the Rainbow of Cuba. We also recommend visiting the orchid garden of Soroa. When finished, continue to Las Terrazas where you can get to know the homonymous community. We recommend a walk along the “Callejon del Moka” where you can taste a Creole coffee. Visit the Cafetal Buenavista, a partially refurbished 19th-century coffee plantation and be sure to refresh yourself at the Banos de San Juan, natural springs.

Accommodation in the rooms booked at the Hotel Moka.

Evening free, overnight at the hotel

Breakfast at the hotel and departure for Cienaga de Zapata (the swamp of shoes) in the province of Matanzas. Declared by UNESCO as a biosphere reserve, in 2000, it is one of the must-see places.

In Guamà you can get all the information about the place, and participate in one of the boat tours that will take you to the Aleda Taina through the treasure lagoon. In front of Guamà, you will find a crocodile nursery where you can learn about the stages of reptile life. Continue to Playa Larga. Arrival and accommodation in the private rooms in the casa particular. Here we recommend you to visit the diving center, from where accompanied excursions for diving and snorkeling depart.

At about 15km from the coast, it is possible to dive up to 70 meters deep to meet the fish cave: a natural pool that connects to the sea through a subterranean tunnel.

Cienfuegos, the Pearl of the South, stands at the bottom of a bay, at the entrance of which is the Jagua fortress built in the year 1745 by the Spaniards and which represents one of the most impressive military structures on the south coast of Cuba as protection from pirates of the Caribbean. The historic center was declared a World Heritage Site in 2005, and the Tomas Terry Theater, a small jewel with horseshoe-shaped stalls and two wooden stages, was declared a National Heritage by the Cuban government in 1978. The only city in Cuba to be founded by the French from Louisiana, Cienfuegos is one of the main ports of Cuba, mainly active in the sugar, coffee, and tobacco trade. The first to settle in the Cienfuegos area were the Taino Indians who named their new land Cacicazgo de Jagua – an indigenous word meaning “beauty”. In 1494 Christopher Columbus discovered the Bahìa de Cienfuegos during his second trip to the New World and 14 years later, Sebastian de Ocampo passed through here on the occasion of his circumnavigation of the island.

If the nineteenth-century architecture and the peaceful position on the sea contribute to creating a pleasant atmosphere, the same cannot be said of the maze of industries that surround it. Alongside the Bahia de Cienfuegos, there is a huge shipyard, the bulk of the Cuban fishing fleet, a factory that produces nitrogen fertilizer, a cement factory, a refinery, a thermal power plant and the only Cuban giant nuclear power plant abandoned in the 90s when the Soviet money ran out. Fortunately for travelers, pollution has not yet reached the city center.

Breakfast in the Casa Particular and departure for Trinidad. We recommend a visit to the historic center of the city to observe the colonial architecture of the place, the museum and the “la Canchanchara” tavern to enjoy Trinitarian music and typical local drinks. We also recommend that you visit the Valley de Los Ingenios, declared a World Heritage Site in 1988, the Manaca-Iznaga ranch is a must-see to learn about its history.

Possibility of excursions in nature such as a visit to the “El Nicho” Park to observe various waterfalls and lakes in a practically virgin place or take a catamaran excursion to Cayo Macho famous for its coral reef and its inhabitants: gigantic iguanas that live here as docile pets

Overnight in a casa particular.

Breakfast in the Casa Particular then departure for Varadero. Along the way, we recommend passing by and visiting the city of Santa Clara. Here the ashes of Che Guevara are kept in the Mausoleum dedicated to him. Also, here you can visit the monument of the armored train.

Continue to Varadero, accommodation in the booked rooms in a 4-star hotel. Rest of the day at leisure.

All-Inclusive treatment in the Hotel

Departure for Havana, return of the vehicle to the rental station located at the Hotel Bello Caribe and private transfer to the airport in time for the handling of customs operations

* the deposit will be reimbursed upon return of the vehicle 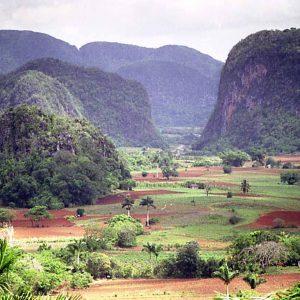 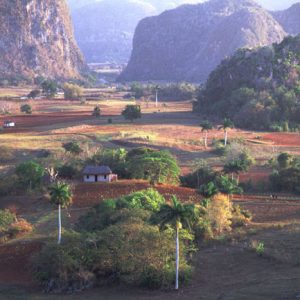 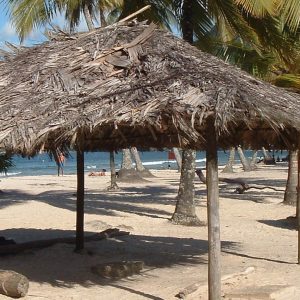 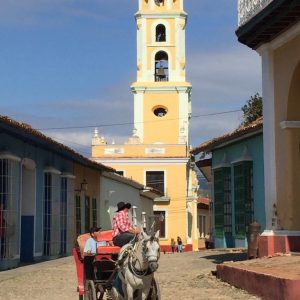 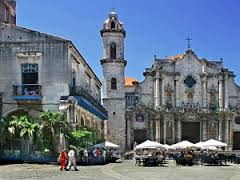 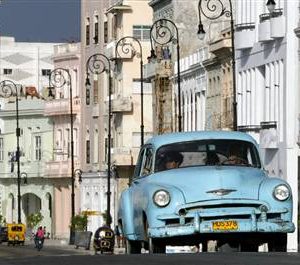